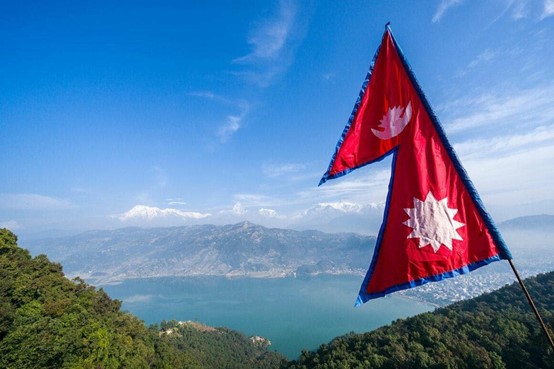 In Nepal, the HIV epidemic has evolved from a ‘low prevalence’ to ‘concentrated epidemic’, i.e. a low prevalence of HIV infection in the general population but a higher prevalence in specific subpopulations; people who inject drugs (PWID), men who have sex with men (MSM), transgender people (TG), male sex workers (MSW), female sex workers (FSW) and male labor migrants (MLM), as well as their spouses. The 2018 national HIV infection estimation (National HIV Infections Estimates, 2018, NCASC) shows that AIDS-related deaths is in declining trend (1,306 deaths in 2017 compared to 895 deaths in 2018). The AIDS-related mortality rate was 3.04 per 100,000 cases in 2018. The incidence rate of HIV among Key populations has decreased from 0.05 per 1000 population in 2015 to 0.03 per 1000 population in 2018.

In this context of HIV, Nepal has recognized social protection as a critical enabler of the HIV response in its current and previous National HIV Strategic Plans. Aligning with the National HIV Strategic Plan, Nepal has been implementing a social protection program for Children Infected by AIDS (CIBA). More than 1,358 CIBA aged between 0-18 years, across 46 districts, are getting a monthly amount of Nepali currency Rs 1,000, (roughly US 10$) on their individual bank accounts.

Despite these gains, significant gaps exist across the continuum of prevention, care, and treatment (CoPCT) cascade. As of the end of 2018, of the total estimated number of PLHIV (Figure 1), 21,388 knew their status (71 percent), 16,914 were on treatment (56 percent), and 7,603 had measurable viral load suppression (25 percent of those on treatment). This represents 91 percent viral load suppression among those tested (based on 8,357 tests performed) (NCASC, 2018).

Recommendations made as per this report were:

●  Coordinate with National Centre for AIDS and STD Control and National Public Health Laboratory to roll out PrEP across the country among KP members at substantial risk of HIV,

●  Integrate PrEP into the existing HIV program for KPs,

●  Develop informational materials highlighting PrEP, its importance, side effects with coping strategies, implementation modalities, and availability. Use an individual or one-on-one educational approach for informing clients.  Pills with a pleasing color and taste and packaged attractively could increase continuation.

●  Counseling on PrEP disclosure should form part of any future rollout.

PreP roll out plan in Nepal as mentioned in a meet hosted by UNAIDS, Unitaid and WHO in association with the Institute of HIV Research and Innovation (IHRI) in December 2020 was as follows:

As reported on the Global Tracker on avac.org in July 2021, there are 103 total number of cumulative PrEP Initiations and an ongoing demonstration project in Nepal targeting MSM, MSW, FSW and Transgender women.

Service Delivery of PrEP in Nepal is done by NGOs.

Blue Diamond Society mentioned in a webinar hosted by APCOM in August 2021: “Prep Facilities are available in own clinics in 21 districts.” The organisation also reported on running a social media campaign on PrEP.