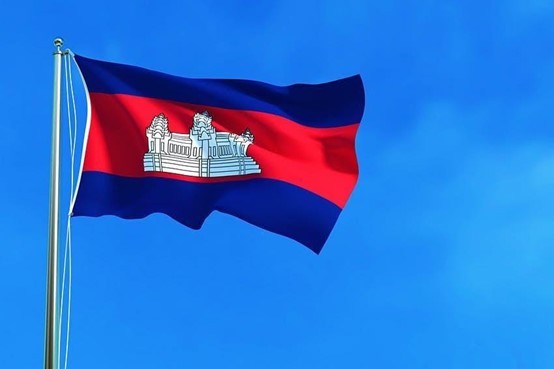 Cambodia has a national policy explicitly allowing HIV self-testing since 2017. No new policy under development. It is one of the countries in Asia that has partially adopted WHO guidelines and recommendations on HIV testing services.

Overall, Cambodia’s response to the epidemic is guided by NCHADS and the Health Sector Strategic Plan (HSSP). Through the U.S. President’s Emergency Plan for AIDS Relief (PEPFAR), the United States Government partners with the Royal Government of Cambodia (RGOC) to support implementation and move the needle forward on epidemic control. In recent years, the RGOC has achieved the UNAIDS 90-90-90 targets and strengthened outreach, testing, and referral for ART services to members of KPs who test positive.

Cambodia commenced discussions regarding PrEP and HIV self-testing in 2018 and identified Self- testing as an option to encourage undiagnosed people with HIV to know their HIV status and enrol on treatment.

● Built capacity of implementers for HIVST distribution and implementation (November 2020)

Linkages conducted a pilot of HIV self-testing, which led to its inclusion in Cambodia’s HIV prevention policy; more than 70% of participants had never been tested, and case finding from HIV self-testing was two to three times higher than usual outreach.

With NCHADS and local partners, LINKAGES designed an HIV self-testing (HIVST) pilot that was implemented from December 2018 through September 2019 to improve testing rates. MSM, FEWs, and trans women who declined either field-based testing at community-based organizations or referrals for clinic-based testing were offered HIVST through either face-to-face or online outreach. Eligible clients, after being assessed for risk, chose assisted or unassisted oral fluid or blood-based testing. Kits were given directly to, delivered to, or picked up by clients. Test results were reported online. Clients with reactive results were referred for confirmatory testing and ART initiation. Data were collected from December 17, 2018 to September 30, 2019).

The study concluded that HIVST empowers individuals to test even in face-to-face settings, and can reach hidden high-risk populations who have never or have only infrequently tested, and achieve high case-finding rates. More than 70% of participants had never been tested, and case finding was two to three times higher than face-to-face outreach testing.

Based on the pilot, HIVST was introduced into Cambodia’s HIV prevention policy to spur more frequent testing among reticent KP members by offering an additional, acceptable testing option for those at especially high-risk for infection, often hidden and hard-to-reach. HIVST allows them to test with the privacy they want yet still access the counseling support of government clinics and community-based organizations. The HIV Self-Testing Standard Operating Procedure (SOP) for Cambodia was developed by LINKAGES and approved by the Ministry of Health in 2019.

As on December 2020, Cambodia has a registered HIVST product.

A single affordable oral HIV test, the OraSure, is sold at cost in a limited number of poorer countries for $2, but elsewhere the price is higher, and other options have cost significantly more.

Cambodia has actively supported the Least-developed Country (LDC) group at the World Trade Organization (WTO) in achieving the extension of the TRIPS transition period until 1 January 2033. This means that Cambodia is exempted from the obligation to grant pharmaceutical patents until 2033, provided the country remains an LDC.